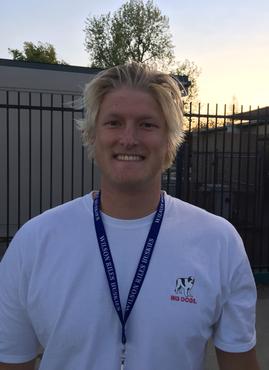 Coach Nick is currently playing for a professional team in Germany named SC Neustadt.  We hope to get him back coaching upon his return to Sacramento.

Hi I’m Coach Nick, I am excited for the future with American River Water Polo Club. I grew up in Sacramento and began my water polo career playing for AR as a 10 & under. In fact, the first time I got in for the AR program, my family was taking my older brother Matt to try it out but I wanted to get in so bad that I jumped into the pool in my cargo shorts and joined the fun! Playing with AR has given me memories and friendships I will always have with me as I go through life. I am even lucky enough to coach alongside my former coach Zac Koerner, and teammate John Price