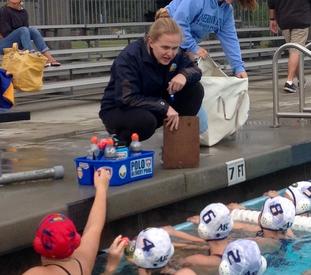 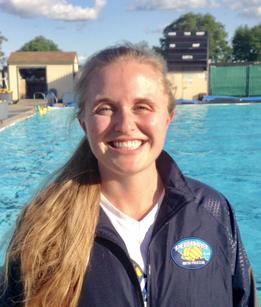 Jessica Hamby started her coaching career back in 2009 with American River Water Polo Club taking on youth camps and running various sites for the clubs youth program. Starting just this year, she is now the head coach for the club's 14 & under girl's program.

She played her water polo collegiate career at Marist College in the Metro Atlantic Athletic Conference (MAAC), where she was a four-year letter winner for the Red Foxes.

Hamby, a graduate of Granite Bay High School, was a three-time All-MAAC first-team selection and was named to the MAAC All-Tournament team two times. She ranked second on the team as a senior with 50 goals. For her career, she scored 247 goals including a career-best 84 during her junior season.

She was a three-time all-section first-team selection and was named Sac-Joaquin Section MVP and league most valuable player. The Sacramento native graduated with a degree in B.A. in communication with an emphasis in public relations with a minor in business.

She works at Bender Rosenthal, Inc. as a Land Consultant and is also an assistant coach for Saint Francis High School's varsity water polo team in Sacramento.