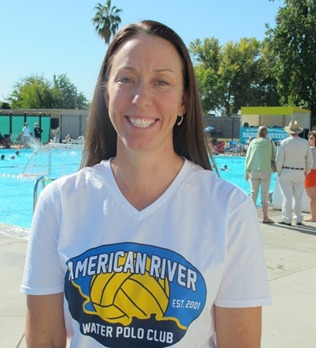 I started playing water polo as a break from swimming. My swim coach thought it was really important for us to take a break from swimming but wanted us to still be in the water. I grew up in Albuquerque, NM swimming and playing water polo for Duke City Aquatics with my older sister and younger brother. I made the Junior National Team when I was 14. The Coach of the team happened to coach club polo in Modesto, CA and offered me a chance to play at a higher level during the summers. So every summer of my high school years I would come out and play polo for Brent Bohlender in Modesto. Those summers playing polo with the club gave me so many opportunities to grow as an athlete and a person.

I went to college at UC Santa Barbara on a swimming scholarship, and then transferred San Diego State to be a member of the Water Polo team.

I bring an international resume to the American River Water Polo Club both as a player and a coach. I'm a two-time Olympic medalist as a player, winning a silver medal at the 2000 Olympic Games. I also captained the USA Water Polo team a bronze medal finish in 2004. I led the Americans to gold medals at the 2003 FINA World Championships in Barcelona and at the 2003 Pan American Games in the Dominican Republic.

Following my playing career, I served on the USA coaching staff as an assistant for the 2008 Olympic team, helping lead the team to a silver medal in Beijing. I was also a member of the gold medal staff in 2012 in London.

My resume includes numerous international events and prestigious honors. In April 2010, I was named the head coach of the U.S. Junior National Team and has been a coach at every level of the U.S. women's national team, including a stint as interim head coach at the 2005 FINA World Championships. In addition to being a two-time United States Water Polo Player of the Year (1999, 2001), I was also one of the first women to be elected into the New York Athletic Club Hall of Fame, joining 2004 Olympic teammates Natalie Golda and Nicolle Payne in 2007 as the first three women to earn the distinction. In 2010 I was inducted into the USA Water Polo Hall of Fame.