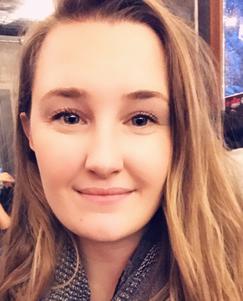 I began my water polo career during the summer between 8th grade and 9th grade. I had a few friends on the team and I was a strong swimmer and decided to give it a shot. Within 3 weeks, I was chosen to be the goalie for Pitman High School in Turlock, CA. After playing on JV for most of the season, I was moved up to varsity before the end of my freshman year. My parents could see I loved the sport and signed me up for Modesto-Stanislaus water polo club in the valley. I was the starting goalie for the 16U group and attended clinics whenever I could. My sophomore year, I was the varsity goalie and continued playing through my move to Sacramento in 2010. I began playing goalie at McClatchy High School and found a new club with AR. I played year round for two years before I graduated and finished high school with Junior Olympics in SoCal, finishing fourth. After high school, I had some offers to play from Azusa Pacific, Chapman, and UCSB but declined to attend due to family. I wound up playing for Sacramento City College as the captain for the two years I played there. My first game as a goal keeper for City, I faced 53 shots on frame and made 27 saves.

My coaching career began shortly after, at Bradshaw Christian High School as the head swim coach. In my two years coaching there, I was named the SDL League Coach of the Year both times. I then accepted the position as the assistant coach at Sacramento City College, where I still coach to this day. I began coaching with Christian Brothers High School in 2016 as the swim coach and JV women's water polo coach. After one year in that position, I was offered to take over as the head coach for the CB men's water polo team in 2018. We finished our season this year with a 3-peat section title for D-III boys and look forward to competing again next season.