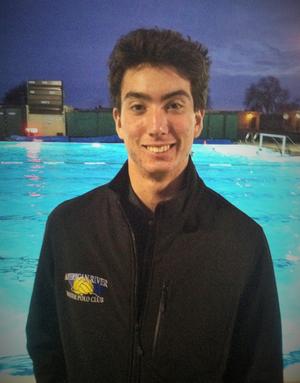 Connor started playing water polo in middle school. He graduated from Rio Americano High School in 2014, where he was the captain and center defender of the varsity team, and from UC Santa Cruz in 2017, where he was the editor-in-chief of the campus newspaper. He is a current graduate student at Sac State and works at a public affairs firm in downtown Sacramento.

Connor loves to coach because water polo and American River gave him the confidence and discipline needed to be successful both in the pool and years down the line. Connor has coached with AR since 2011 and has ignited and inspired the love of the sport for many of the athletes that he has been able to work with. Connor is a very personal coach with high energy. We are thrilled to have him on staff!